The fifth generation Mustangs (2005-2014) are popular among enthusiasts who like to mod and upgrade their muscle cars. If you're in this category, Lethal Performance is THE place to go to find 2010 Mustang GT parts to boost your ride.

We love the S197 (fifth generation) Mustang GT! Starting in 2005, the Mustang was redesigned to capture design cues of the late 60s "fastback" and modernize them for a new generation of Mustang enthusiasts. The 2010 model received an upgraded appearance, but a new Mustang design wouldn't come until the 2015 model year.

The 2010 Mustang GT is a bit of an animal unto itself. It separates itself from the early fifth-generation models with its updated looks, but under the hood, it still has the modular 4.6-liter V8 engine, albeit with a bit of a power upgrade from the 2005-2009 Mustangs.

The 4.6-liter is a tremendous platform for mods. Boost your car's horsepower and torque with 2010 Mustang GT parts from Lethal Performance.

If you're looking to add 2010 Mustang GT performance upgrades to your car, check out these frequently asked questions from Mustang enthusiasts like yourself. Please contact our helpful and knowledgeable sales staff if you have more questions.

How much horsepower does a 2010 Mustang GT have?

For 2010, Ford squeezed out a bit more power from their modular 4.6-liter V8, boosting the 2010 Mustang GT to 315 horsepower and 325 lb-feet of torque, an increase of 15 and 5, respectively. Get even more power with 2010 Mustang GT parts from Lethal Performance.

What are some cool 2010 Mustang GT accessories?

That's up to you! Looking to add a crazy amount of power to your 2010 Mustang GT? Then go all-out and add a 2010 Mustang GT turbocharger or supercharger. Want a simple bolt-on solution to add just a bit of a boost, grab a cold-air induction kit and filter. And don't forget about a fresh computer tuning device to get everything working at optimal performance.

The 2010 model stands out among the rest of the fifth-generation Mustangs, and that's a great reason to push the envelope and make your car uniquely yours with 2010 Mustang GT performance upgrades. Browse our extensive catalog of 2010 Mustang GT parts and find the right pieces to kick your car into high gear!

SET IT TO TURBO! WHY YOU NEED A MUSTANG GT TURBOCHARGER KIT 2021

Have you ever been cruising on the open road at top speed when suddenly another car leaves you in the dust? It's a humbling feeling, one that we at Lethal Performance hate to see… 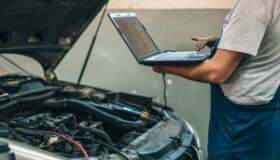 Complete Mustang Tune Guide: How to Do Custom Tuning Right 2021

Complete Mustang Tune Guide: How To Do Custom Tuning Right When You Drive Your Brand New Mustang Off The Show Floor And Onto The Open Road, You Can Be Confident You're Behind The Wheel Of A Powerful… 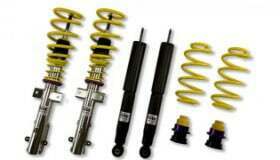 What You Need to Upgrade Your Mustang’s Suspension 2021