The fourth generation Ford Mustang GT is a popular platform for performance mods. The 4.6L V8 has always been a favorite for many Mustang GT enthusiasts, and that's why Lethal Performance stocks so many 1996-1998 Mustang GT parts. We want you to keep your Mustang on the road, whether you're looking for OEM replacements to keep things mostly stock or if you plan to turn your ride into a nasty street rod or track monster. From performance parts like cold air intakes, transmissions, superchargers and turbochargers to visual accessories such as dress-up kits and lighting, you're sure to find the 1996-1998 Mustang GT parts you're looking for.

The Mustang GT's fourth generation, known as SN95, replaced the venerable Fox Body Mustang of the late 80s and early 90s. The SN95 Mustang was produced from 1994 to 2004, but there were three variations within that fourth generation.

Starting in 1996, Ford changed the GT's power plant from a 4.9-Liter engine to a 4.6L OHC V8 that delivered the same 215 HP. The Mustang GT would keep the 4.6L until 2011, meaning there are tons of them still out on the road in need of maintenance, restoration and modification.

With so many of those cars still out there looking for love, drivers like you are going to need the components to make those rides special. That's where we come in. Click through our huge selection of 1996-1998 Mustang GT parts and accessories to find the equipment you need to modify and customize your car to make it one of a kind.

Here are answers to a selection of frequently asked questions from customers like you looking to buy parts and accessories for their 1996-1998 Mustang GT.

How many valves does a 1996 Mustang GT have?

The 1996 Mustang debuted a 4.6-liter V8 engine with two valves per cylinder.

How many camshafts does a Mustang GT have?

From 1996-1998 the Mustang GT operated with a single overhead camshaft that controlled two valves per cylinder housed in aluminum heads.

This isn't an easy answer. To get that kind of power, you'll want to start with a turbocharger kit complete with an intercooler, but that alone won't take you from the 215 horsepower generated by a stock 1996-1998 Mustang GT to 1,000 HP. Give us a call and we can get you on the right track.

What gives a Mustang its sound?

The secret to the Mustang sound is the design of the American V8 engine. Two sets of four cylinders form a V shape rather than a single line. The cross-plane crankshaft causes an irregular firing order of the cylinders which creates two exhaust releases on each side. This creates the rumbling sound we often associate with American muscle cars like the Mustang GT.

What is the difference between a Mustang GT and a regular Mustang?

The Mustang GT is most often differentiated from a standard Mustang by a V8 engine, larger exhaust and other components that provide higher performance, such as larger wheels and tires.

If you want it, we got it. Browse our selection of 1996-1998 Mustang GT parts and accessories and buy with confidence, knowing that you're getting the best equipment at the best price. What's even better is that you can reach out to our knowledgeable sales staff, who can help steer you toward the precise parts and accessories you need for your 1996-1998 Mustang GT project.

With the new direct injection setup on the 2018 Mustang GT, Whipple Superchargers had their work cut out for them on making a blower…

THE BEGINNER'S GUIDE TO MUSTANG MODS 2020

So, you finally got your hands on a Mustang. Congrats! Whether it's a classic model or straight off the production line, your Mustang is loaded with possibilities… 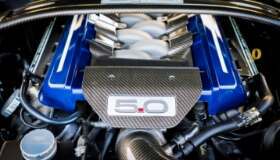 Supercharger vs. Turbo: A Guide to What's Better for Your Ride 2020

Turbo systems utilize two bladed wheels attached to a common shaft. One of the wheels is the compressor, while the other is the turbine…