Get a real-time decision.
Learn More

The Ford Mustang has retained these qualities through each and every model year — the 2018 and 2019 Mustang GT are no exceptions. Their design recalls classic Mustangs while still looking up-to-date, and there’s just as much to boast about under the hood. The 2018 Mustang GT was part of the sixth-generation refresh, and it shows. This is modern muscle at its finest, and with a few performance parts and accessories, you can really make this coyote howl. 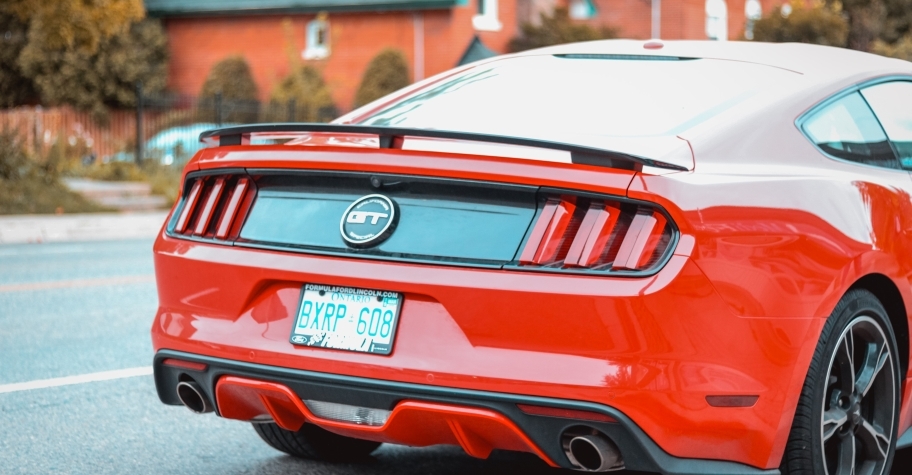 The 5.0L V8 Coyote engine that powers the 2018 and 2019 Mustang GT is a true animal — it growls. This engine has been part of every GT since 2011, including all sixth-generation models. Its deafening roar harkens back to the beloved old school muscle cars, backed up by stellar performance right off the line. But '18 and '19 GTs have a look that goes way beyond retro throwback — they're modern, aerodynamic and built for speed.

2018 was a refresh year for the sixth-generation Mustang. While there’s a good chance you went for the 6-speed manual, something new for the 2018 Mustang GT was the option of a 10-speed automatic transmission. Some say the automatic is technically a bit faster, but let’s face it, you’re looking to upgrade the parts in this thing anyway. As for other changes? More torque and direct injection, as well as options for GT performance packs, adaptive MagneRide suspension and active exhaust.

In terms of specs and performance, the 2019 Mustang GT didn’t change too much — and that’s not a bad thing. It did bring some slight changes for improved handling and better electronics.

It’s worth noting that, although it’s not technically a GT, the 2019 Mustang also brought back the Bullitt edition in honor of the 50th anniversary of the classic Steve McQueen film. In addition to some killer aesthetic touches, the 2019 Bullitt Mustang can reach up to 480 horsepower, among other performance upgrades. It’s way more than just some Hollywood fluff.

Obviously, these Mustangs are already pretty great. But as soon as they started rolling off the line, you were probably wondering what kind of performance parts you could get to soup them up. Cold-air intakes and other induction parts are a great way to start. Want to push that Coyote to its limits? Superchargers can help you do it. When it comes to souping up a Ford, we’re big fans of Whipple Superchargers in particular. Power packages can really kick things into gear, too. In order to handle all of that power, you’re going to need some suspension upgrades. Finally, as we said, the stock exhaust on the 2018 and 2019 Mustang GT sounds massive — but some exhaust modifications can make it even better.

All Mustangs are Awesome, But Yours Can Be Lethal

Whether you have a 2018 or 2019 Mustang GT, Lethal Performance is the place to find all of the parts you need to make it deadly. Not sure where to begin? Our custom Tune Shop is always a great place to start with modifications. So if you’re looking to be a terror on the track, shop for Ford Mustang GT parts at Lethal Performance now!