Why do you want it? Because your stock stuff is WEAK. Literally.

If you're going to do the differential bushings (specifically the BMR BK051 or BK054), we HIGHLY suggest upgrading the actual hardware while you're in there.

Not only are the bolts themselves in our Extreme Bolt Upgrade Kit stronger than the OEM pieces, but the kit also plays an integral role in limiting differential movement.

In the rear differential bushing, the stock bolt has a ton of play in it since the bolt itself is a smaller diameter than it's location. This causes the differential to be able to move, as shown by the bolt being off center in our car (pictured below), which in turn changes pinion angle, causing vibration & driveline parts carnage (like us breaking our driver's side axle on Project Goldmember).

Notice the thread impressions left from the force of the bolt being pushed into the bushing because of the amount of play in the bolt's location.

Our Extreme Differential Bolt Upgrade Kit replaces the factory setup with not only stronger grade 12.9 bolts but it also includes billet sleeves to eliminate the void between the bushing and bolt.

Here's a couple pictures to show what we mean:

Then there is the front bushing setup, which is a full threaded design from factory. With the OEM setup, the bushing mounting point is relying heavily on the threaded part of the bolt, which is much weaker than if it were to rely on the shank (or solid) part of the bolt.

A couple of examples of the bolt shearing off because it relies on a weaker/threaded part of the bolt.

This is where our Extreme Bolt Upgrade Kit comes in. Our kit starts by drilling out the bushing and replacing the threaded factory setup with a solid through-bolt design.  With this new mounting configuration, the cradle is relying on the solid part of the bolt and is a much stronger setup.

See the image below for a comparison.

The difference of the shear path between the OEM and Extreme kit. 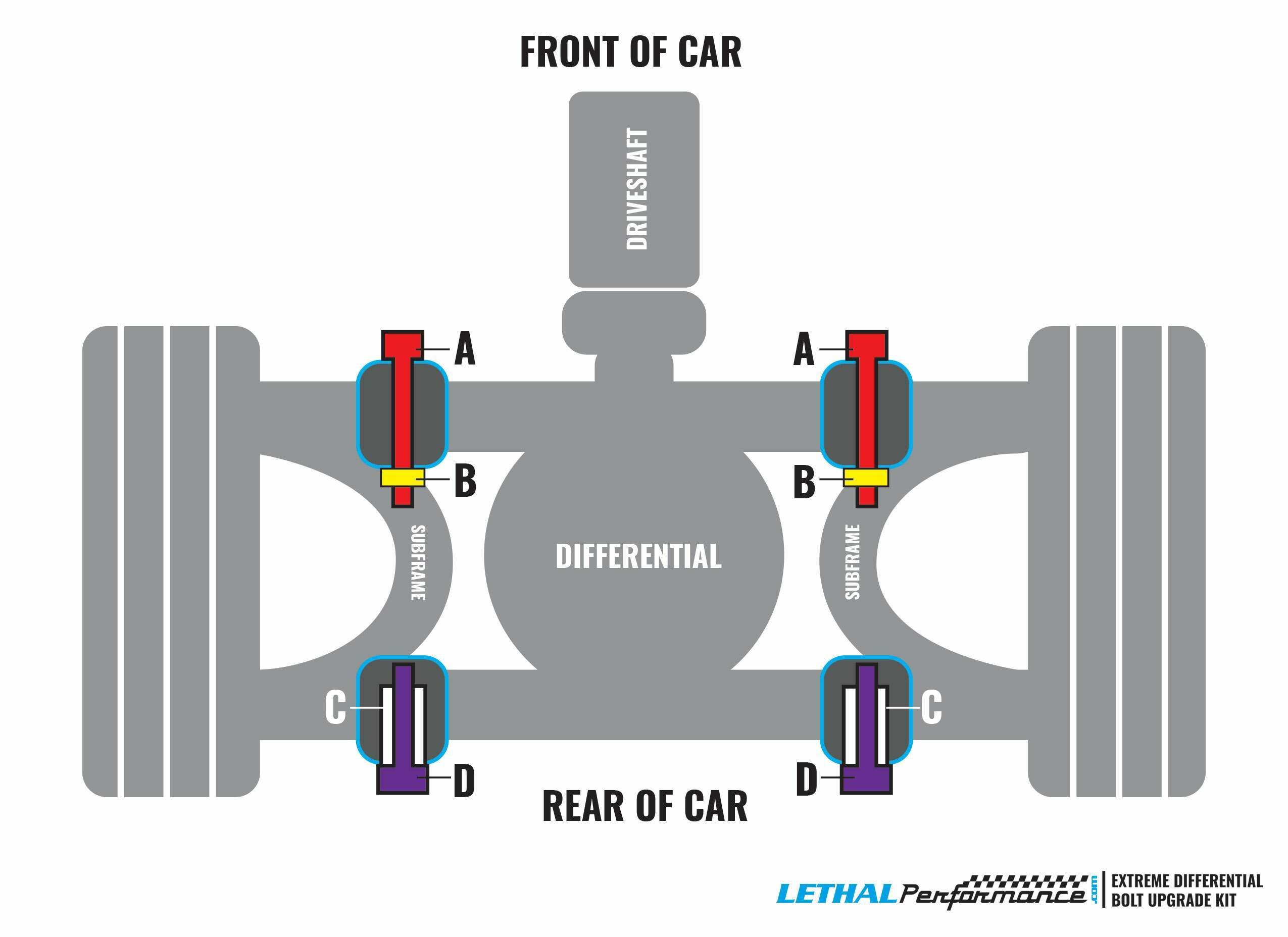 Diagram for installation of the Extreme Bolt Upgrade Kit

Our Extreme Bolt Upgrade Kit is only $49.95, a low cost but highly effective upgrade.

Have any questions? Give us a shout!