Your Ford F-150 EcoBoost is outfitted with a turbocharged, direct-injection engine capable of delivering greater horsepower, torque and fuel efficiency than past models. You have to respect the innovations Ford continues to make to America's No. 1 selling truck – but that doesn't mean you have to settle for your stock parts.

That's where we come in. EcoBoost F-150 performance parts from Lethal Performance are designed to release all the untapped potential hidden under your hood.

With a massive stock of F-150 EcoBoost performance parts available for every model, we've got what you need to make your F-150 EcoBoost stand out from the rest. Browse our entire lineup of Ford F-150 EcoBoost upgrades today.

We all know the F-150 EcoBoost is an absolute beast on the road – but why should that stop you from transforming it into something more? If that's what you're after, consider EcoBoost F-150 performance parts from Lethal to be your surrogate Dr. Frankenstein. From F-150 EcoBoost turbo upgrades to horsepower and MPG improvements, we've got what you need in our stock year-round.

Just browse our selection above to find F-150 EcoBoost performance parts that can power up every aspect of your ride.

Worried We Won't Have Ford F-150 EcoBoost Performance Upgrades In Your Model? Don't Be.

Don't worry. We have the next generation covered, too, with 2021-2022 Ford F-150 3.5L PowerBoost parts for your hybrid electric ride. Whether you need a higher caliber induction system, exhaust, brakes, suspension, wheels, engine or custom tune – we have performance parts for your Ford F-150 EcoBoost.

The F-150 2.7L EcoBoost is one of the latest and greatest in the EcoBoost lineup, so it's a good thing we have 2021-2022 Ford F-150 2.7L EcoBoost parts to make it even better. This lightweight model is generally suited for owners who prioritize greater fuel economy over more muscle, but with help from Lethal Performance, drivers can get the best of both worlds.

If you were craving a bit of extra strength at the dealership and decided to pick up a 3.5L EcoBoost, check out our selection of 2021-2022 Ford F-150 3.5L EcoBoost upgrades. It's clear you want power from your ride, and F-150 3.5 EcoBoost performance parts are the way to get more from your 10-speed transmission and port-fuel and direct-injection V6 engine.

Ensure you're getting maximum power and performance from America's No. 1 truck with our entire selection of performance parts for the F-150 EcoBoost. As a truck driver and car enthusiast looking to make the most out of every drive, you can't let stock parts weigh you down any longer. Unleash the true power of your EcoBoost engine with EcoBoost F-150 performance parts from Lethal today.

How to Take Proper Wheel Measurements 2021

The factory standard wheels that come pre-installed on your vehicle are designed for a perfect fit. When your wheel measurements are correct… 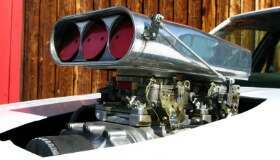 How Much Horsepower Does a Supercharger Add? 2021

Since the invention of the internal combustion engine, engineering nerds, speed freaks and car geeks have focused on one goal… 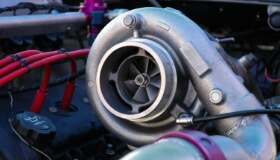 How Much Horsepower Does a Turbocharger Add? 2021