We know you've fantasized about mashing the off-road racing pedigree of the Ford Raptor with the rock-crawling, terrain-owning talent of the newest iteration of the Bronco. It's OK, Hero, we all have.

But, those wily Blue Oval wizards have done more than just dream about it — they created the 2022 Ford Bronco Raptor, the most powerful street-legal Bronco ever. The engineers at the Ford Motor Company have been busy putting their pointy heads together to give us the combination the likes of which we haven't seen since some dude named Reese slammed a chocolate bar into a jar of peanut butter. "Two great tastes that taste great together?" You're damn right!

We'll break down all the Bronco Raptor specs that make this beast the ultimate combo of speed, power, fun and off-road mastery. You'll be drooling so much that your tongue might fall off.

Before we get to the 2022 Ford Bronco Raptor, we'll catch you up on the awesomeness of the Ford Bronco and Raptor Truck models.

FORD RAPTOR: SPEED AND PERFORMANCE IN THE DESERT

Since the 2010 model year, the Raptor platform has been in service as the high-performance, off-road version of Ford's venerable F-150 pickup platform (primarily).

Simply put, it's a big-ass truck that can race in the desert — what's not to love? Oh, it also has a distinctly rad look that distinguishes it from its more straight-laced counterparts. After the second generation in 2017, there was a slight pause, but the Raptor returned in 2021 to the delight of off-road enthusiasts everywhere.

The Ford Bronco was a leader in the off-roading, rock-crawling SUV market from 1966 to 1996, competing with the Jeep Wrangler for dominance. However, It was unceremoniously discontinued after the '96 model year, possibly due to a white Bronco's infamous place in a globally televised police chase (Thanks, O.J.!), leaving the Wrangler to reign. Never count out the Ford Motor Company, though, as the Bronco was reintroduced in 2021 to much acclaim.

BRONCO & RAPTOR: THE PAIR WE'VE ALL BEEN WAITING FOR

With the 2022 Ford Bronco Raptor, we get the beautiful marriage of these two beasts. It's a high-performance Bronco that's (somehow) even more focused on offroading. The Bronco Raptor's specs are meant to allow for quicker acceleration and easier rock climbing. Plus, it's got those badass Raptor design cues that we love — a different grille, amber lighting touches, fender flares and more. Hell, the Ford Performance team has nicknamed this 2022 Ford Bronco "Warthog" because of its giant 37-inch tires and thick suspension, so that should tell you something. It's gonna tell the Jeep Wrangler Rubicon 392 to go kick rocks while it climbs them.

While the turbochargers are new for the Bronco Raptor, the engine itself seems similar to what's in the Ford Explorer ST. If that holds true, we can expect about 415 lb-ft of torque. It also comes with Raptor-specific tuning intended to offer better desert-running, tough-terrain performance.

The engine isn't the only thing that matters (trust us). Ford cooked up some pretty killer features for the 2022 Ford Bronco Raptor. Specs include:

The AWD system is designed to work perfectly with the Ford Bronco GOAT modes. The improved suspension gives the 2022 Ford Bronco Raptor an advantage over the regular Bronco in its ability to easily jump sand dunes. Add all this up, and we might be looking at the makings of a new classic Bronco.

These might not be on the list of things you truly care about, but the 2022 Ford Bronco Raptor has a few more tricks up its sleeve.

HOW MUCH DOES THE 2022 FORD BRONCO RAPTOR COST?

Ford states that the 2022 Ford Bronco Raptor will have a base price of $68,500, significantly more than the standard Bronco. Plus, most people are looking at a cost closer to $70,000 with the upgrades available. (We've got our eyes on the Lux package with adaptive cruise control and a slick audio system.) Still, it's cheaper than the starting price of the Jeep Wrangler Rubicon 392. We're confident that it will be worth every penny — after all, we love our 2021 First Edition Ford Bronco. The 2022 Ford Bronco Raptor will add more of what we love. And we're going to add even more to that (more power, that is).

Since we got our hands on the 2022 Ford Bronco Raptor — we've been stocking the store with killer Bronco Raptor performance parts to help you lethalize yours with extra power, too. Whether you're looking to customize the body or squeeze out every bit of performance with aftermarket upgrades, we carry all the 2022 Bronco Raptor accessories you'll ever need.

Getting the Most Out of the Ford Bronco Family 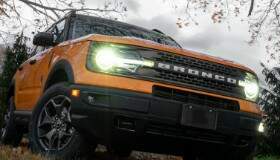 FORD BRONCO TUNING RAISES THE BAR ON FUN AND PERFORMANCE 2022 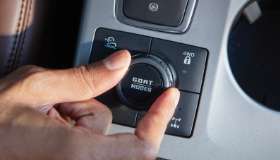 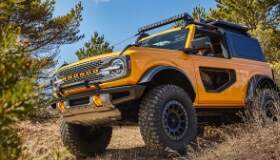