Cobro Series | Turning a snake into a Coyote

Long, long ago in a land not too far from here (Boca… that land is Boca) a majestic beast was acquired by our very own Mustang King, Jared Rosen.

"I ordered my car after my '99 Camaro SS was stolen back in 2002. I had never owned a Mustang before but knew that the '03 Cobra was soon to be released. It seemed to be the baddest thing to come from Ford," Lethal Performance's Jared Rosen explained. "Since I always wanted a Cobra I pre-ordered one. My car was delivered to me on July 1, 2002, and it was one of the first '03 Cobras to arrive in the South Florida area.”

You can read the whole history of the car here.

So now, fast forward to 2021 and the Cobra is finally being resurrected down at Lujan Motorsports in Miami, FL in a series we like to call The Cobro Series (P.S. It took my spell check 4 times to not fix that word…)

Want to jump ahead? Click the links below to jump around (jump up and get down):

OK, back to the story…

A couple times a year, Jared would walk past the Cobra collecting a thick layer of dust (and dicks) in the warehouse and say “You know what? It’s time to bring it back.” And every time, we’d say “Yeah, alright, sure…” and we’d watch it sit in the corner, or move it around on dollies.

That was, until, one night at the track after running one of the Lethal cars, Jared was talking with Willy Lujan of Lujan Motorsports and a few other guys and the Cobra came up. He decided then & there that the car would get a Coyote 5.0L swap with a 10R80 10-speed transmission and have it all topped off with a new Gen 5 Whipple Supercharger. They also decided that Lujan Motorsports would be the ones doing the work. Having done quite a few Coyote swap projects in the past (and a slew of 7- and 8-second fox bodies), they had some great experience & knowledge under their belt.

Right now the car is equipped with a built 4.6L long block topped off with a Whipple 4.0L supercharger setup and the factory T56 6-speed transmission. It has been solid-axle swapped as well and is rocking some black Saleen replica wheels to top off the custom Grabber Blue paint job.

Don’t fret too much, Cobra guys,  that drivetrain is being set aside for a future “Fox-y” project…

In Episode 1 of the Cobro Series you’ll get to hear from Jared & his son Luca about the history of the car & what they plan to do with it. It’s got flashbacks of Luca growing up and leads to your first views of the ol’ dusty 800rwhp 03 Cobra in it’s resting place at the Lethal Performance warehouse. You also get a first glimpse of some of the parts going into the car. Check it out:

We know the Cobra purists are losing their mind. We get it but we also are free spirited and tend to go against the grain (I mean… have you met Jared? LOL). We hope you’ll still follow along (even if it means leaving mean comments, but please don’t lol). But seriously, go to the YouTube vid and leave a comment. Let us know what you think. And if there’s a specific part of the build you want covered, let us know that, too!

Episode 2 | A visit to Power By The Hour Performance

In the next episode (we see you, Dr. Dre) we pay a visit to our good buddy Jake who owns Power By The Hour Performance.

Jared & Luca want to make some big power with the new setup (which shouldn’t be hard considering the MASSIVE 3.8L Whipple Supercharger going into it), so they want to make sure that the drivetrain can support it all.

Jared took the 10r80 10-speed transmission from Ford Performance over to Power By The Hour Performance to have Jake, the auto transmission specialist, install the McLeod 99098 2018+ 10r80 Steel & Friction Kit into it, so that it could handle what it is about to have thrown at it. 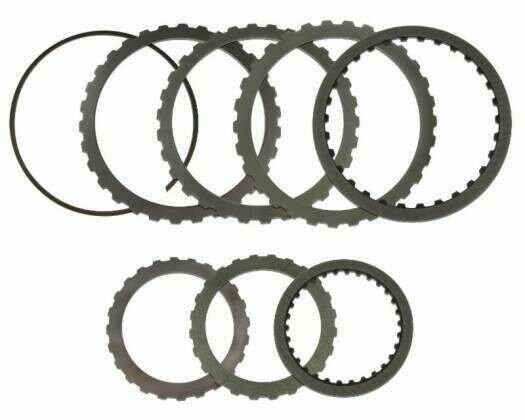 Want to check out the McLeod 10r80 Kit for yourself? CLICK HERE

Power By The Hour Performance have been close friends with us since Jake opened up in Boynton Beach, FL. They did the installs on pretty much every Lethal project car we’ve owned, from our 2010 Shelby GT500 to you 2018 Mustang GT, Project Goldmember. In the last few years they have moved to a new, larger location in West Palm Beach, FL and have transformed from an installation & dyno facility to a complete Coyote Swap parts one-stop-shop. 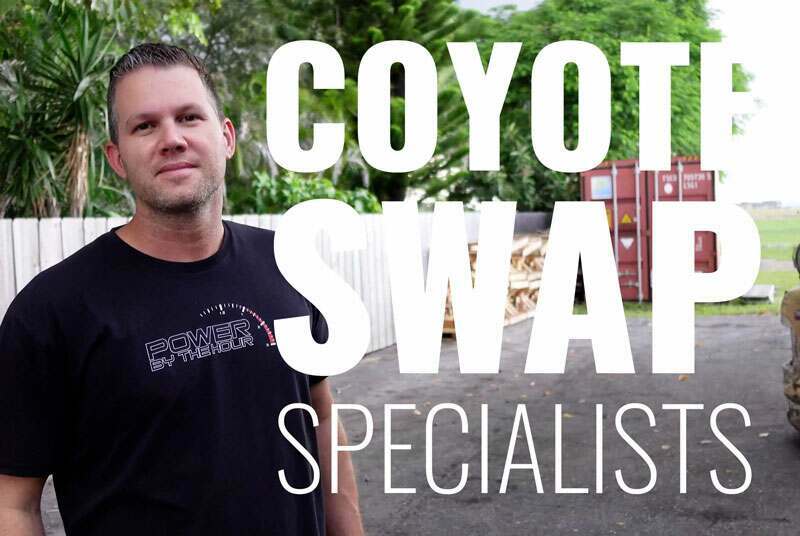 They specialize in putting that beloved 5.0L into everything from classic muscle cars to Broncos to SN95 Mustangs. They sell, machine & produce just about every bracket, fitting and adapter you will need to swap a Coyote into your project. They stock engines, transmissions, gauge clusters & more. We are proud to offer their full line of Coyote parts here at Lethal Performance.  We are using a bunch of their parts in the Cobro Coyote Swap, as well. Click here to check out the full parts list.

CLICK HERE to check out the lineup of parts available from Power By The Hour Performance.

Episode 3 | Loading up all the parts & heading to Lujan Motorsports

Ah, the time has come to take the Cobra down to Lujan Motorsports in Miami, FL!

In the 3rd episode of the Cobro Series, we load up Jared’s 03 Cobra onto the trailer & fill the F250’s bed with the motor, transmission, suspension & more. Jared goes over all the parts going into the build and heads to Miami, FL to drop the car off will Willy at Lujan Motorosports.

In this episode Jared checks in at Lujan Motorsports where Willy is dropping the 4V 4.6L and T56 transmission out of the 03 Cobra... I mean Cobro. We talk about some of the parts that were missing before (including the 3.8L Gen 5 Whipple Supercharger, the Baer brakes and the Circle D converter). We also find out about that trick table that he sets the motor on...

What would our Cobro Coyote swap be without some BOOST?! Specifically the new Gen 5 3.8L Whipple Supercharger. In this video, we go over the components of the Whipple kit, including what will and won't be used in the '03 Cobra swap (10 rib? 8 rib? Hybrid-rib?).

In this episode Jared is back at Lujan Motorsports in Miami, FL dropping off some more goodies for the 2003 Cobra Coyote Swap project including the beautiful blue 3.8L Whipple Supercharger.

Willy then gives him a little surprise! (Not what it sounds like, get your mind out of the gutter)

Episode 7 | Almost there! New brakes, new suspension and a chopped up hood?

In this episode Jared brings down the custom Driveshaft Shop driveshaft for the Cobro and checks in on the progress. We are getting CLOSE!

Besides the new custom Driveshaft Shop driveshaft, Willy has been hard at work installing quite a few new goodies. He has the massive 3.8L Whipple Supercharger mounted, which included modifying the cowl hood for clearance. He also installed the new custom Cobro Baer brakes all the way around, which look amazing. He's got the 10r80 up and mounted with the Stifflers transmission crossmember and then to support the car he's installed a TON of new UPR Products suspension goodies from the crossmember to the anti-roll bar and a set of ViKing coilovers.

Since the last time we saw it, Willy has been at work finishing up wiring, drivetrain and the supercharger accessories. He's installed a set of Moser 31 spline axles in the proper length to mount the Baer brakes, as well as a set of Ford Performance 3.08 gears and a TA differential cover.

Moving up from the rear, the custom carbon fiber driveshaft from The Driveshaft Shop fits perfectly behind the 10r80 transmission and under the Stifflers brace.

In the engine bay, the coolant reservoir needed modifications to fit with the huge intake tube & filter and all of the coolant lines, power steering and more have been installed & connected. We also installed a custom J2 Fabrication intercooler as well as a Derale transmission cooler setup.

Even though there's still a few bits & pieces left to install, the car is RUNNING! It may be open header, but it's rowdy. We can't WAIT to get this thing on the dyno in a few! Stay tuned!

Here’s a running list of parts going into the 2003 SVT Cobra for our Lethal Performance Cobro Series. Click the part to check it out on our site.

Custom Order - Call us to inquire