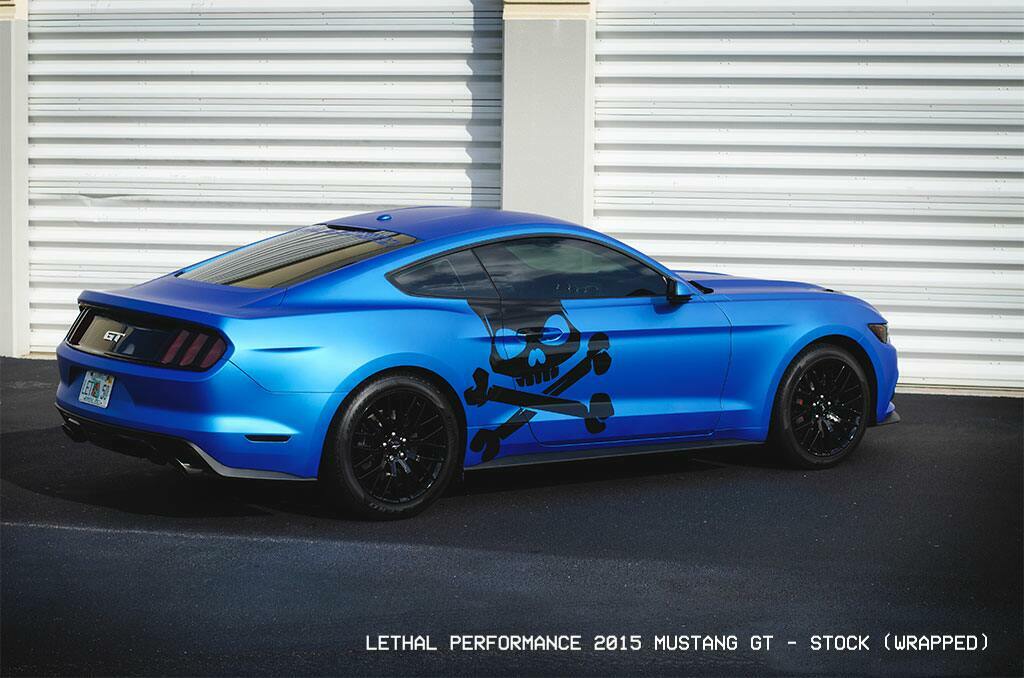 Ah, the S550. The platform that brought in a whole new crowd of Mustang enthusiasts to the game. While still rocking the Coyote, the new body style and IRS suspension was a whole new ballgame and we were ready. You would think, being a newer car, I'd have tons of info and pics and more but in reality we really didn't have the car for very long and make quick work of modding it, testing it and then selling it. I'll share what we have, though.

We wanted our 2015 Mustang GT to stand out so we wrapped it in an iridescent matte blue (done by our buddies over at Kauffs!). The car came out awesome.

But more importantly, we wasted no time in getting to work on it. First on the mod lists were a Lund Racing custom tune, a JLT cold air intake (custom color matched to the car, of course) and our own Lethal Performance Resonator Delete kit. We also tossed on a Magnaflow catback which doesn't really give horsepower but it makes the horsepower sound so much better. 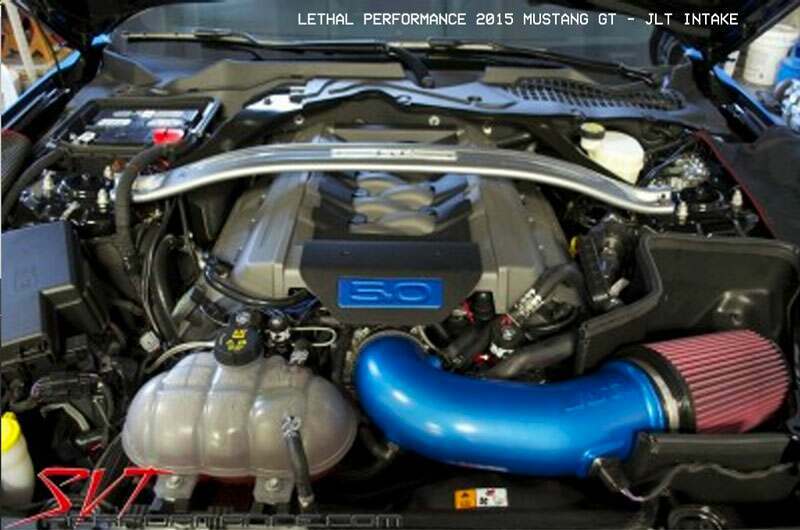 Here's how it sounded:

And the horsepower? With the tune, intake and exhaust the car made 408rwhp / 389rwtq.

We messed around with nitrous on a couple of previous cars (2013 GT500, 2012 Boss 302...) so we decided to keep that trend going while we waited on Whipple Superchargers to pump out their 2.9L supercharger. We installed a Nitrous Express HO Plate system jetted to a 150 shot onto the car with a set of Brisk spark plugs and a JMS Progressive Nitrous Controller (basically controls how much and how fast the nitrous is sprayed). With the 150 shot on the car, it made 542rwhp / 589rwtq.

After we had our fun with the giggle gas, Whipple Supercharger got us their 2.9L supercharger kit for the 15+ Mustang GT and we went to work. Well, Power By The Hour did.